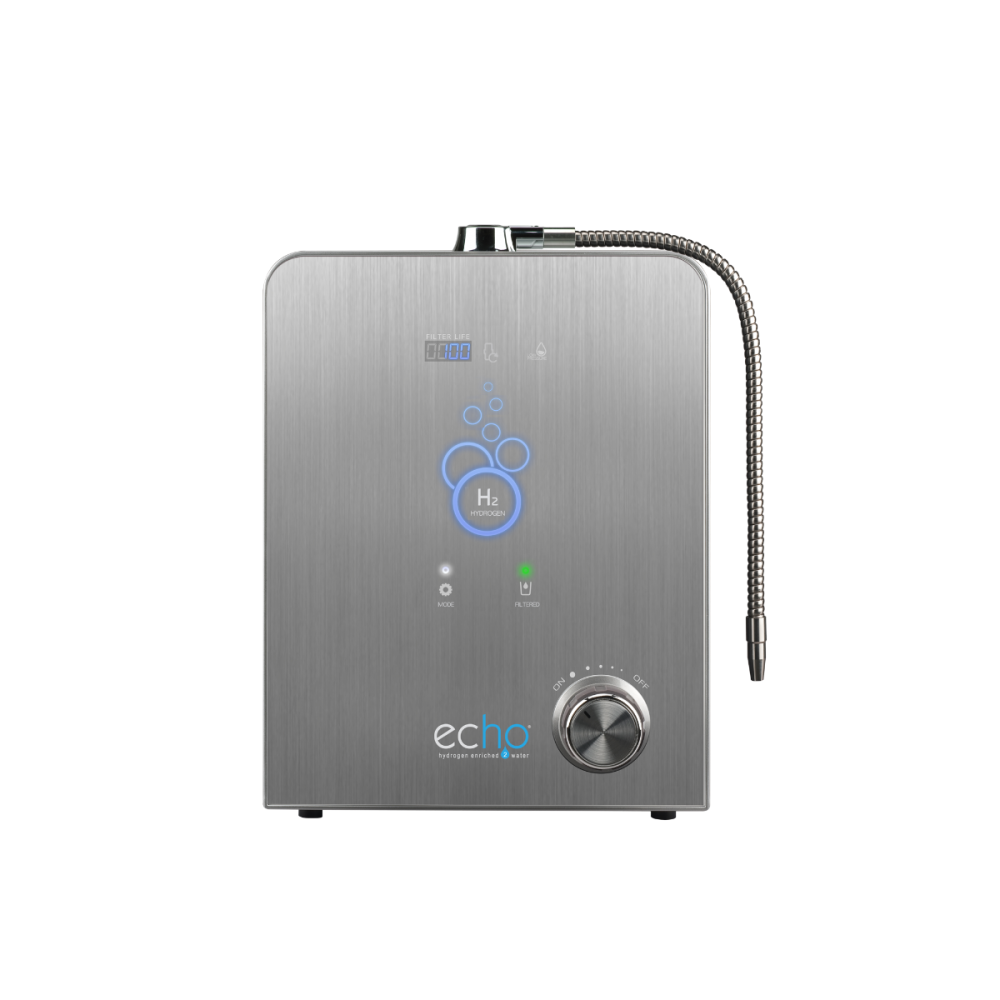 The Echo H2 Machine is the first Echo Water Machine to have the proprietary Echo hydrogen module. This creates the cleanest, best-tasting hydrogen water while keeping pH neutral. We do this by running two streams of water through the Echo H2 Machine. One stream is used for harvesting hydrogen, and the other is hydrogen water that you drink. Once the water goes through electrolysis, it has -400 to -500 mV ORP (Oxidation-Reduction Potential). This electrical potential stimulates healthy bacteria growth, repairing the gut and immune functions.

The Echo H2 Machine is also equipped with Synergy Resonance Technology, allowing you to add bio-frequencies to your water. One of the most versatile units, the Echo H2 Machine offers reliability whether it’s on top of the counter or under the sink. The Echo H2 faucet is required for under-sink use. The Echo H2 Machine creates two types of water: hydrogen or filter water. Hydrogen water contains one part per million of hydrogen, double what’s considered therapeutic.

The Echo H2 Faucet does not replace your existing faucet. It is typically installed in the corner of the sink, where it dispenses clean, crisp hydrogen water.

The Echo H2 Machine comes with the robust Echo Filter for Echo H2, which includes multiple levels of filtration and lasts up to 1000 gallons (4000 liters).

It also removes 90% or more of soluble metal, including:

Basic installation included with purchase in the United States and parts of Canada.